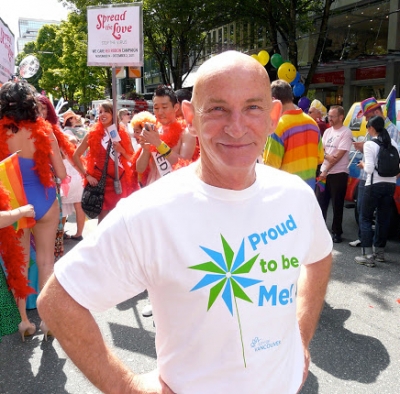 Although Pride 2020 may look a little different this year, the spirit, community and love behind this week can still be felt through our screens and our physical distancing. Today we highlight one of the most famous and beloved members of the West End, and one who has lent his name to the neighbourhoods social gathering space, Jim Deva.

Jim Deva, along with his partner Bruce Smyth opened Little Sister’s Book & Art Emporium in 1983 on Davie Street. At the time, Little Sister’s was the only gay and lesbian bookstore in Western Canada and was the target of repeated vandalism and bombings.

In addition to the local discrimination that Little Sister’s faced, they were also continuously taking legal action against the federal government over issues of censorship, challenging the authority of Canada Customs to seize materials the agency deems to be “obscene”.

Little Sister’s took its case to the Supreme Court of Canada, which ruled in 2000 that Canada Customs had unfairly targeted the store. The decade-long legal battle with the federal government was detailed in the 2002 documentary Little Sister’s VS Big Brother by Aerlyn Weissman. 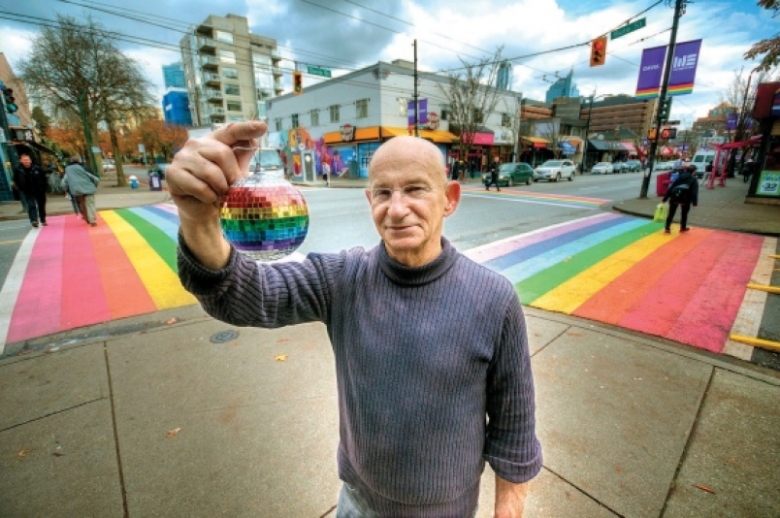 Jim was an inspiration to local Vancouverites and many Canadians across the country. His continuous advocacy and dedication to fighting for equal rights and free expression played a pivotal role in shaping the West End community, and the city that Vancouver is today. He was a champion for the LGBTQ+ community, an active community member and a leader who spoke up for the marginalized.

Jim Deva Plaza is Vancouver’s first pavement-to-plaza project and opened as part of the 2016 Vancouver Pride festivities. Located on Bute Street in the heart of Davie Village, the plaza was created to be a safe space, inspired by Jim Deva’s lifelong passion for freedom of sexuality, gender diversity, and the fight against censorship. The plaza was designed to encourage LGBTQ people and allies to meet, share ideas freely, dare to dream, and love unapologetically.

Jim Deva passed away in 2014. He is fondly remembered as a cornerstone of his community who was committed to inclusive public space and a leader who rallied against anti-gay violence in Vancouver.

Read more about Jim and how his passion for activism and civil rights for all built the West End community into the amazing place it is today: https://westendbia.com/jims-legacy/. 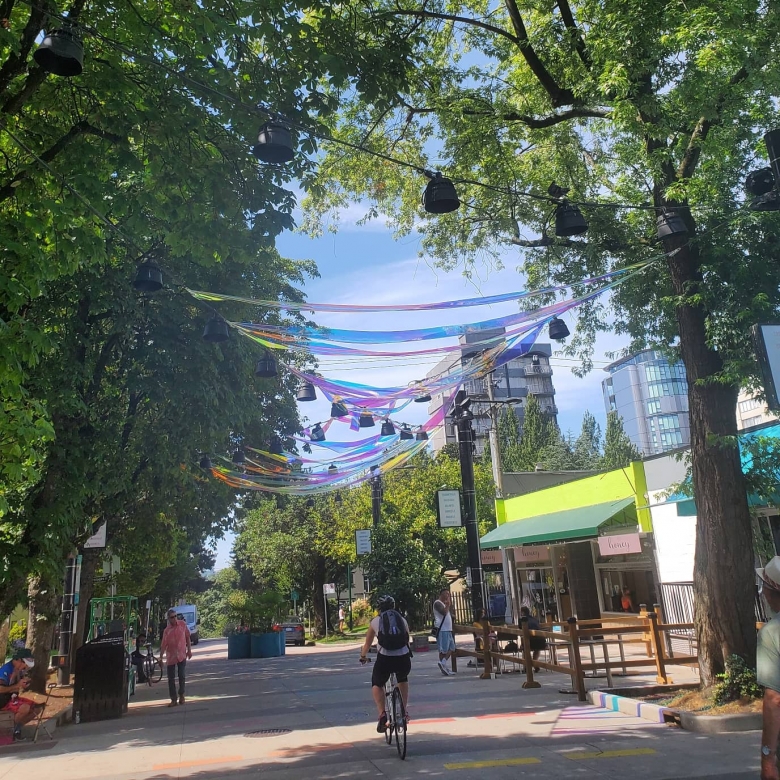 Don’t forget to visit some of the great businesses in Jim Deva Plaza during your visit:

Jim Deva Plaza is located on unceded Indigenous land belonging to the Coast Salish peoples, including the territories of the xʷməθkʷəy̓əm (Musqueam), Sḵwx̱wú7mesh (Squamish), and Sel̓íl̓witulh (Tsleil-Waututh) Nations. We are grateful and stand in solidarity with First Nations people.

Sources for this Blog: