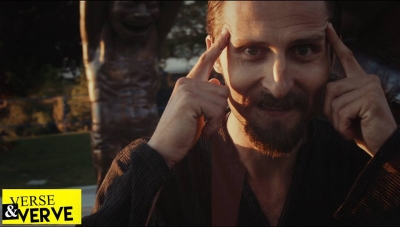 As part of an initiative to connect the West End neighbourhood with their local creative community, Single Line Theatre and local residents have come together to create “Verse & Verve” – a fresh and upbeat showcase of independent musical artists and performers in Vancouver’s West End.

This week, Verse & Verve: West End Edition presents actor Alan O’Silva performs a Shakespeare monologue from “As You Like It.”

Alan O’Silva is a professional actor who graduated from The Royal Scottish Academy of Music and Drama in Glasgow in 2000. Since then, and after a long career in theatre, Alan has had the privilege of acting in movie productions alongside great actors, such as: Nicolas Cage, Christoph Waltz, Aaron Paul, Ben Whishaw, Sir Roger Moore, Mark Strong, Vera Farmiga, Robert Carlyle, Dennis Hopper, Rutger Hauer, Vincent Regan, and Michael Ironside. He is active in the TV commercials field.

To learn more about Alan, check out IMDB.