The West End is home to eight murals in the 2021 Vancouver Mural Festival. Click here for a complete guide to the West End’s murals.

These murals have brought an extra shot of energy and vibrancy to our already colourful community. We’ve put together a list of things to do so you can immerse yourself in our vibrant neighbourhood while visiting our eight VMF murals. 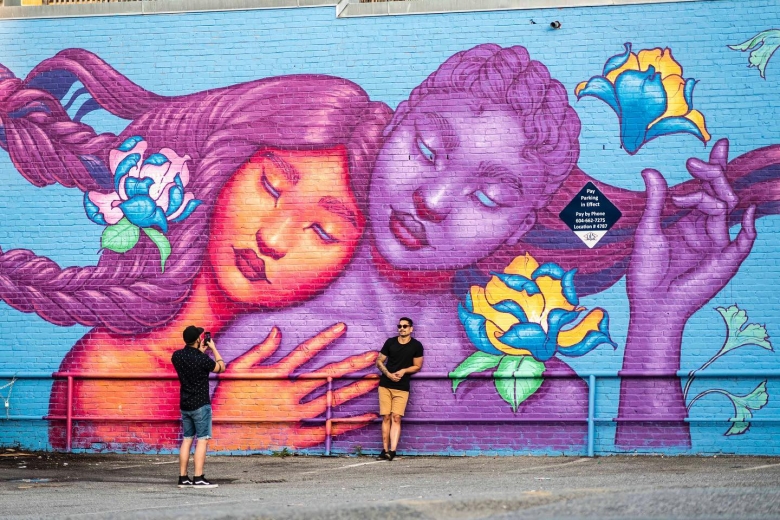 Get Breakfast at The Basic
1031 Davie Street
948 Denman Street

Fuel up with breakfast from The Basic before visiting the West End’s VMF murals. With two West End locations, you’ll be able to enjoy a hearty breakfast no matter where you choose to begin your tour. 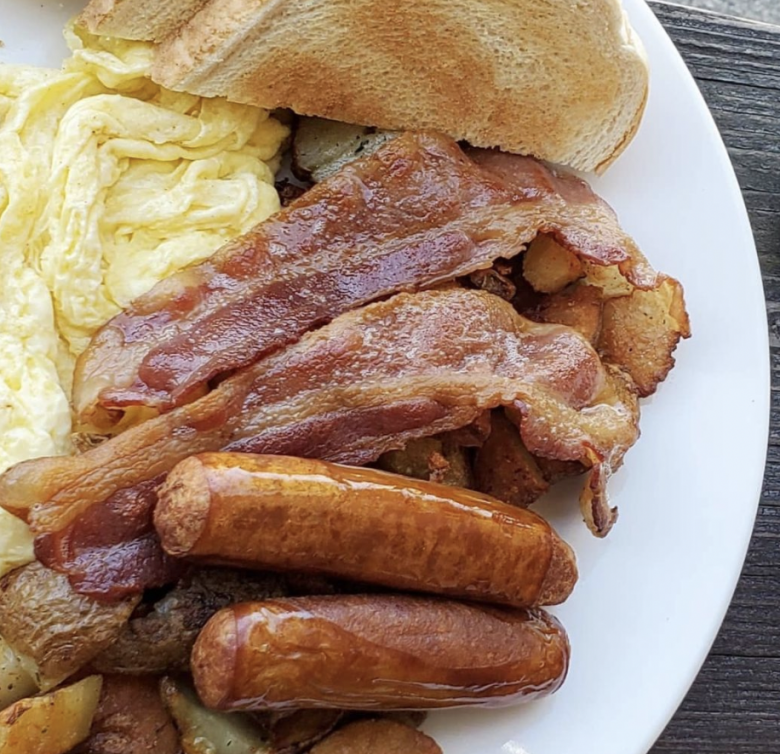 Delany’s on Denman has been serving the finest coffee to Vancouver’s West End community since September, 1993. They focus on great coffee, and great service, which has helped them to become a neighbourhood fixture.

While sipping espresso, you can observe the Peaceful Journey mural by Jody Broomfield (Sinàmkin) located across the street. 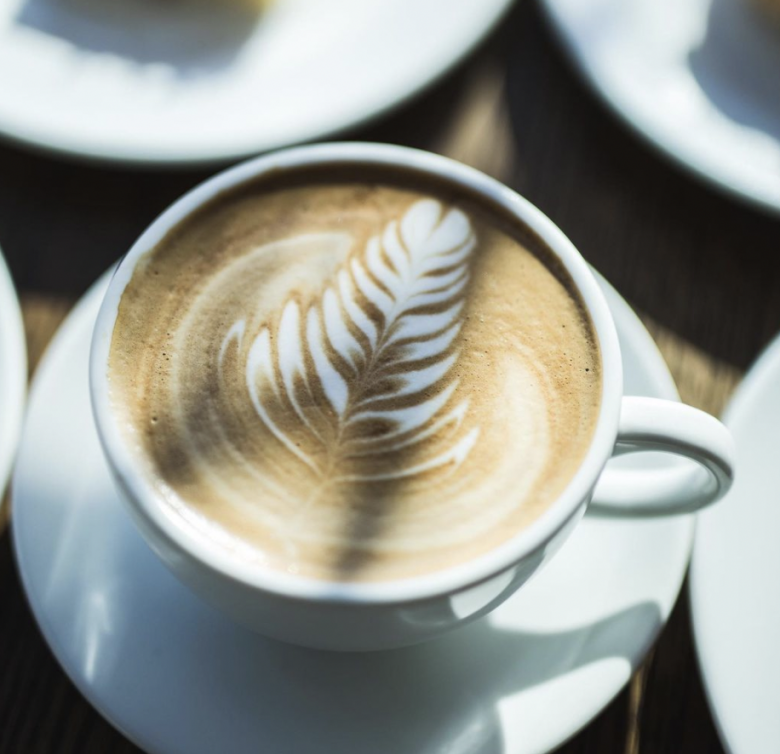 Jim Deva Plaza is located in the heart of Vancouver’s Davie Village, next to the rainbow crosswalks at Davie and Bute Streets, Jim Deva Plaza is a community serving gathering space. The plaza is named after Jim Deva, longtime community activist, founder of Little Sister’s Book and Art Emporium, and advocate for Vancouver’s LGTBQ2+ community.

Cross the street to find the Two- Spirit Rising mural by Margaret August.

The iconic Numbers Cabaret now has a permanent patio for you to enjoy drinks in the sunshine. This patio is also home to the Divine Love mural by Christina Hryc aka Boots. Divine Love is a visual celebration of a community with enough heart to embrace all aspects of the diverse rainbow that resides in Vancouver. 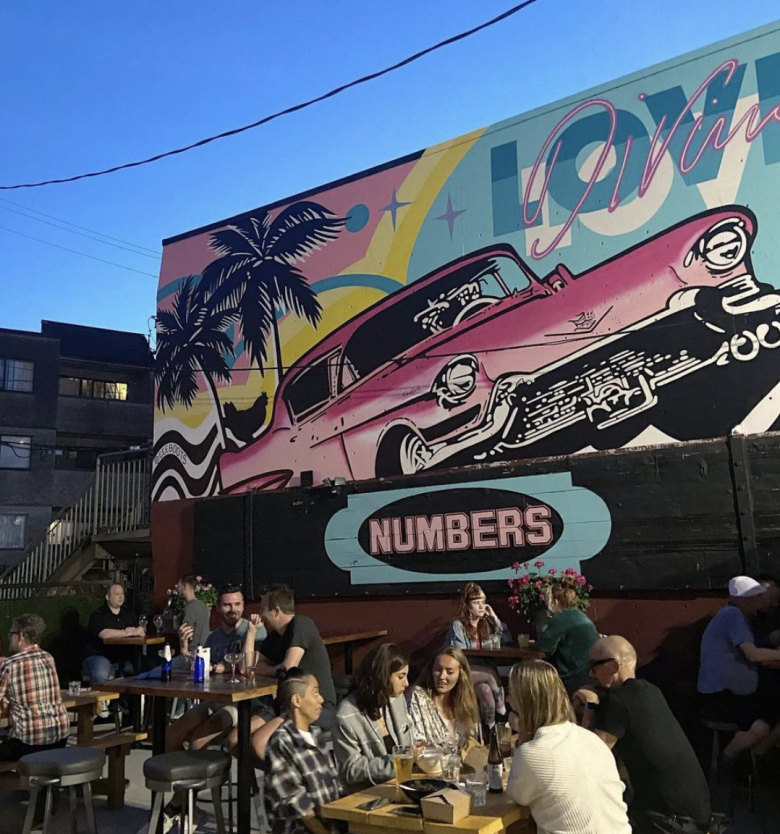 Horae by Rory Doyle is situated in Pantages Lane beside CRAFT Beer Market, making it the perfect spot to grab lunch on your West End Mural tour. 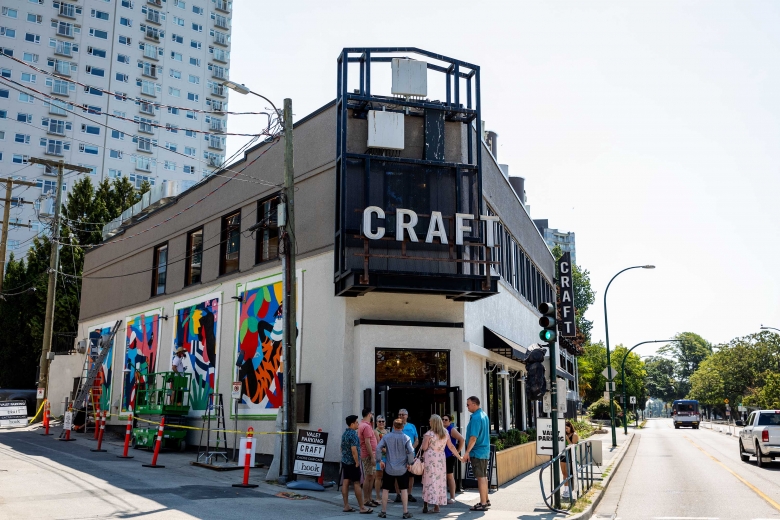 If time is of the essence, renting a bike is the fastest and, perhaps, the most exciting way to explore the eight murals that the West End is home to. English Bay Bike Rentals is conveniently located at Davie & Denman, a great place to start your self-guided West End VMF tour. 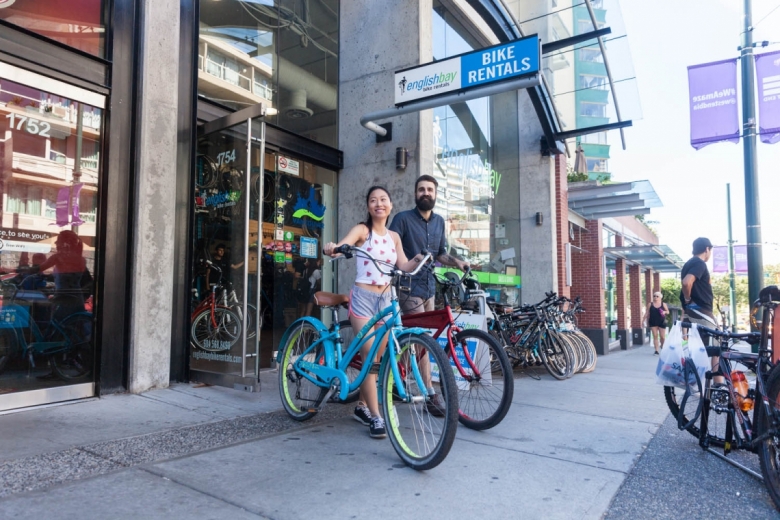 If you’re feeling tired from a day filled with walking, it could be time to stop for a break. And where better to do so than the Shamrock Bar? The Shamrock has delicious food, great selection of draft beers and the best Guinness in Vancouver, on tap.

Peaceful Journey by Jody Broomfield (Sinàmkin) is a must-see mural situated around the corner in Se-em-ia Lane. 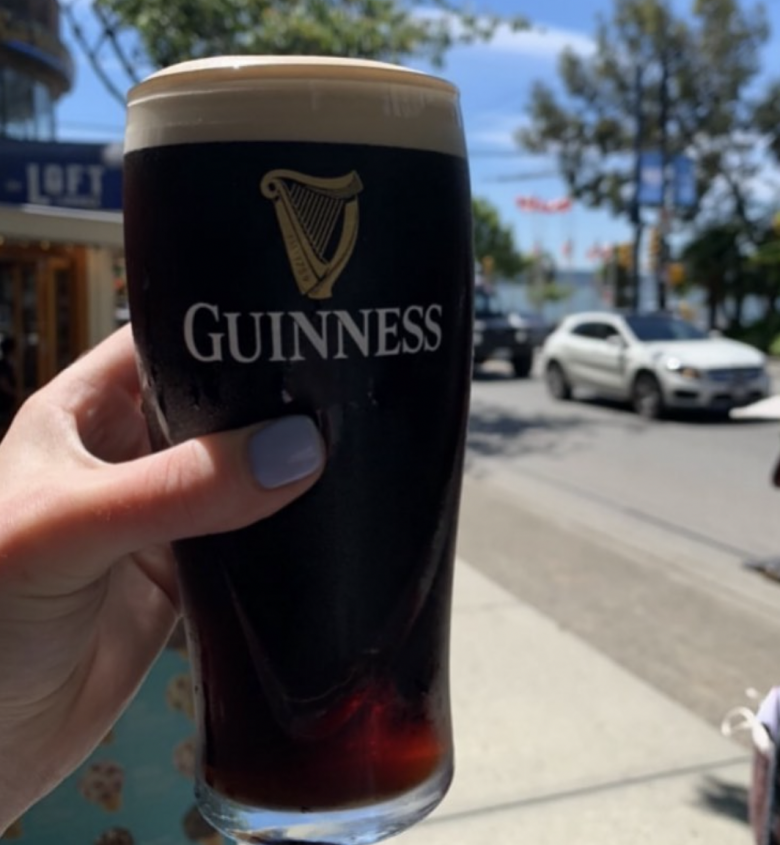 End your day by relaxing at English Bay beach. One of our favourite things to do is order takeout from one of the many nearby restaurants to enjoy at the beach. A few of our recommendations include Akira Sushi, Chicken World, Babylon Cafe and La Catrina Tacos. 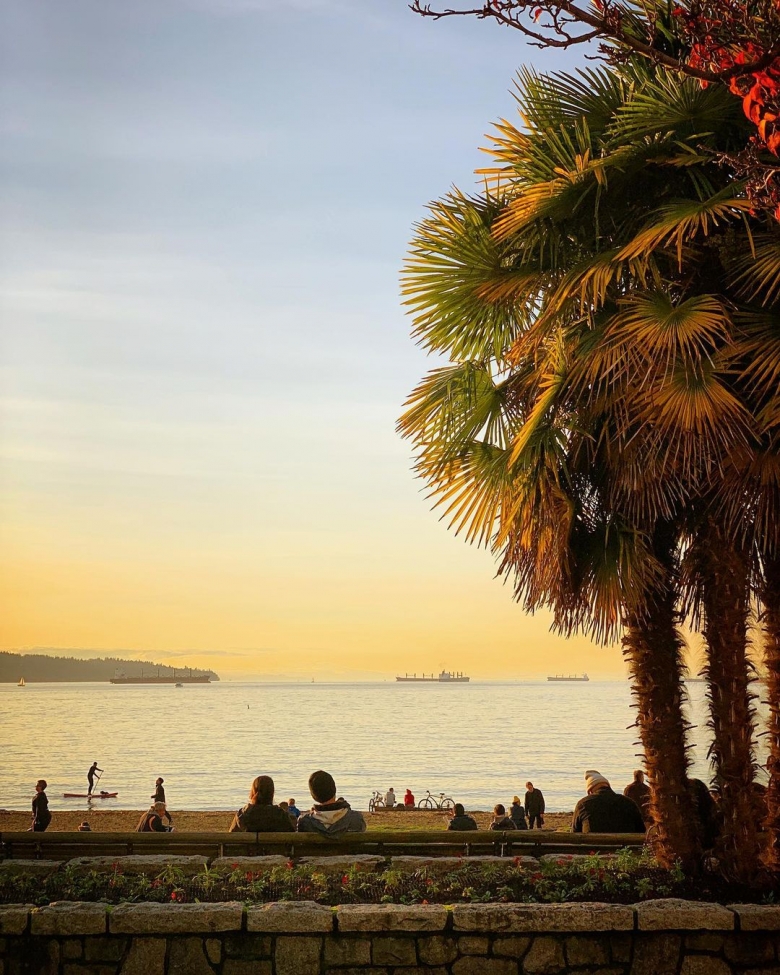 We hope that you can get out and explore the 2021 Vancouver Mural Festival, which will be running until August 22.