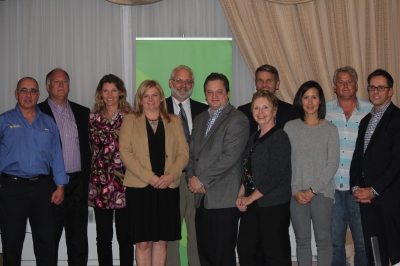 On Wednesday, September 24, 2014 over 40 members and guests participated in West End BIA’s Annual General Meeting at the Empire Landmark Hotel.

Completing their second year of a two year term:
Elected:
The membership thanked David Buddle for his successful term as Chair. David will transition to the role of Past Chair. Lisa Arthurs moved from Vice-Chair to Chair for 2014-15. 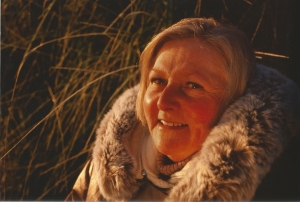 Lyn Hellyar passed away July 10, 2014. She was instrumental in the expansion of the Davie Village BIA into the West End BIA. Lyn was also very involved in supporting the growth of the BIA BC network and creating a Vancouver BIA Partnership. Both organizations are contributing to WEBIA’s ongoing success.

Donations in Lyn’s name can be made to the Downtown Eastside Women’s Centre. 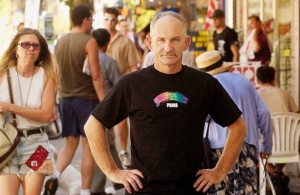 Jim Deva of Little Sister’s Book and Art Emporium was a business leader and a community icon. His sudden passing September 21, 2014 came as a shock to us all. Jim was a director of the West End BIA in 2002 and served until 2005. He served again in 2008-09. We have started to put out feelers for an appropriate community tribute to Jim. He will be missed.

Donations in Jim’s name can be made to the LOUD Scholarship Foundation.

The AGM was an opportunity to report on past activities and successes. The Chair, David Buddle, set the tone by touching on the Board’s commitment to long-term thinking. He used the term ‘Cathedral Thinking’ as a short hand for developing strategies and taking actions that leave long term legacies. Examples of this are reflected in our participation in the West End Community Plan and spearheading a decorative lighting plan for the neighbourhood. 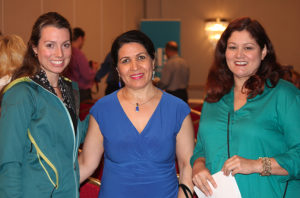 WEBIA’s Committee Chairs presented short updates on everything from the completion of our governance overhaul to beautification projects and promotions.

In 2011, WEBIA received 42 recommendations aimed at updating our governance. John Nicholson, the Governance Committee Chair, was pleased to announce that all recommendations had been addressed. Mary Phelps, Chair of the Maintenance & Beautification Committee, reported that in addition to litter pick-up and landscaping WEBIA would start wrapping utility boxes to make the commercial streets more attractive. The Urban Planning Committee referenced new lighting in place along Davie Village and announced plans to start lighting banners along Denman Street.

The longest report was delivered by John Webber who provided attendees with a detailed overview of a dozen promotional initiatives completed in the past year. He touched on our award-winning #WeAmaze branding, aggressive tourism development, our expanded event sponsorship and the rapid growth of our online presence. He introduced our ‘Putting the WEB in WEBIA’ panel featuring Stephen Irving, Nelson Mouellic and Myke Preuss who impressed members with our Instagram photo contest, new website, and overall growth of our online profile.

The lucky winner of an iPad mini was Eschrat Amiry, owner of Rose Stitch in Denman Place Mall. Congrats, Eschrat!